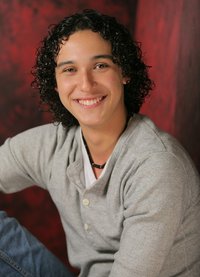 Tampa, FL
The 2012 Jimmy® Award for Best Performance by an Actor was presented to Joshua Grosso representing the Broadway Star of the Future Awards in Tampa, FL. 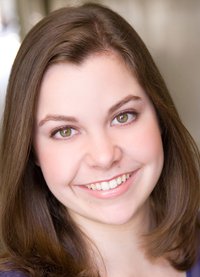 Fullerton, CA
The 2012 Jimmy® Award for Best Performance by an Actress was presented to Elizabeth Romero representing the John Raitt Awards in Fullerton, CA.

The winners were Elizabeth Romero, representing the John Raitt Awards in Fullerton, CA and Joshua Grosso, representing the Broadway Star of the Future Awards in Tampa, FL. Each student received $10,000 from the Nederlander Organization to further her and his education and they are eligible for four-year merit and need-based scholarship assistance to attend the New Studio on Broadway, NYU Tisch School of the Arts Department of Drama, contingent upon acceptance into the program.

Four runners-up each received a $2,500 scholarship toward their future education from the Barry and Fran Weissler Foundation. These winners were Evan Greenberg from Atlanta, GA; Drew Shafranek from Irving, TX; Erica Durham from Pittsburgh, PA; and Nicolette Burton from San Diego, CA. Another student, Emily McIntyre from Irving, TX, was selected to attend Carnegie Mellon University’s 6-week Pre-College Drama program.

Three additional awards were presented to Malia Morley of Logan, UT (Best Performance in an Ensemble), Matthew Gurniak of Easton, PA (Most Improved), and Elizabeth Romero of Fullerton, CA and Morgan Kirner of Millburn, NJ (Spirit of the Jimmy Awards).