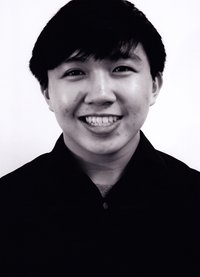 Norwich, CT
The 2009 Jimmy® Award for Best Performance by an Actor was presented to Stephen Mark from Norwich, CT. 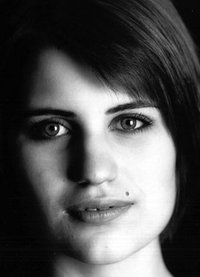 Wichita, KS
The 2009 Jimmy® Award for Best Performance by an Actress was presented to Jenny Wine from Wichita, KS.

The 2009 Jimmy Award for Best Performance by an Actress was awarded to Jenny Wine from Wichita, KS. She represented the Music Theatre of Wichita’s Jester Awards.

The 2009 Jimmy Award for Best Performance by an Actor was awarded to Stephen Mark from Norwich, CT.. He represented the Spirit of Broadway Theater’s Connecticut High School Musical Theater Awards.

Both winners are eligible for four-year scholarship assistance to attend the NYU Tisch School of the Arts Department of Drama, contingent upon acceptance into the program.* In addition, The Nederlander Organization presented both winners with a check for $10,000 to help these talented students pursue their dreams.

The Jimmy Award for an Outstanding Arts Education Program was presented to Paula Ohaus from Hoboken High School in Hoboken, New Jersey. She was nominated by Paper Mill Playhouse in New Jersey. The award was created to honor a high school teacher or administrator who demonstrated an enduring commitment to quality performing arts education. Ms. Ohaus is an example of the consummate artist/educator. She proactively seeks opportunities for her students to see live theater and to learn about the creative process and business. She also runs a young critics program. The award includes a $5,000 cash prize to be used for the winner’s arts program.

Camp Broadway also presented a Jimmy Award to Lynda Hodges, an arts advocate and theater educator at Dr. Sun Yat Sen Middle School 131 in Chinatown, New York. Ms. Hodges is a dedicated New York City theater teacher who for 15 years has worked tirelessly to introduce Shakespeare to Asian, Hispanic and African American children-many of whom English is a second language. Camp Broadway will support Ms. Hodges efforts with a $500 gift and provide her school with StageNotes lesson plans; an in-school residency on musical theater; the rights to a musical from Theatrical Rights Worldwide catalog and the opportunity for her 6th, 7th and 8th grade class and her theater club to see a Broadway show.