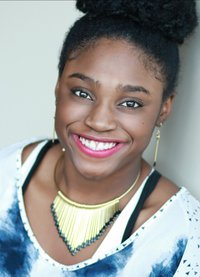 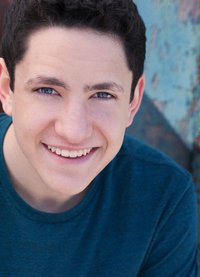 The sixth annual National High School Musical Theatre Awards®/Jimmy Awards® were held on Monday, June 30, 2014, at the Minskoff Theatre on Broadway. The event was hosted by 2011 Jimmy Award-winner Ryan McCartan. Ryan has recently starred as JD in the Off-Broadway hit musical, Heathers, appears regularly as Diggy in "Liv & Maddie" on the Disney Channel, and is a recurring character on the USA Network's "Royal Pains".

The Jimmy™ Award is named in honor of James M. Nederlander-the legendary Broadway theatre owner and producer. James L. Nederlander, Chairman of The Nederlander Organization, presented both winners with a check for $10,000 to further their education. They will also be eligible for a four-year merit and a need-based scholarship to attend the New Studio on Broadway, NYU Tisch School of the Arts Department of Drama, contingent upon acceptance into the program.

The production was directed by Van Kaplan and choreographed by Kiesha Lalama, with musical direction by Michael Moricz.

The annual Broadway-focused talent showcase featured performances by all 56 participants and solos by select finalists. Their Broadway debut followed 5-days of rehearsals and private coaching with faculty at the New Studio on Broadway, NYU Tisch School of the Arts Department of Drama and other professionals. Students also enjoyed a discussion with award-winning composer and lyricist Stephen Schwartz. The students also took in a performance of Kinky Boots and had a talkback with the cast.